Like his ’Marshmallow’ sofa, Nelson’s ’Coconut’ armchair already alludes to the spontaneous lifestyle of the sixties, which was created by a popular everyday culture. Instead of looking for a shape functionally equivalent to the human body, Nelson made a memorable symbolic statement that introduced a new, deliberately easy-going type of sitting. He found a crucial impulse for his shapes in the expansive gestures of popular fifties art such as the abstractsurrealistic work of Joan Miro, or Alexander Calder. In the original version, the shell looked like a coconut and consisted of a piece of bent steel with foam rubber padding available in artificial leather, fabric, or leather upholstery. The frame was made of a piece of steel tube bent along the length of the shell for the two front legs, with a second piece for the back legs, whereby the legs which stuck out were stabilized additionally by welded crossbars. Thus, the frame seemed to stretch across a floating curved form and to be attached to the floor. Herman Miller later produced the shell using fiberglass-reinforced polyester and screwed aluminum tube legs singly onto the form; the crossbars were also screwed on. The initial production of a footstool to match the chair was later discontinued. The ’Coconut’ shown here represents a mixed form in the history of the chair, and the new stand supports a shell made of steel. Vitra has been producing the ’Coconut’ since 1988. 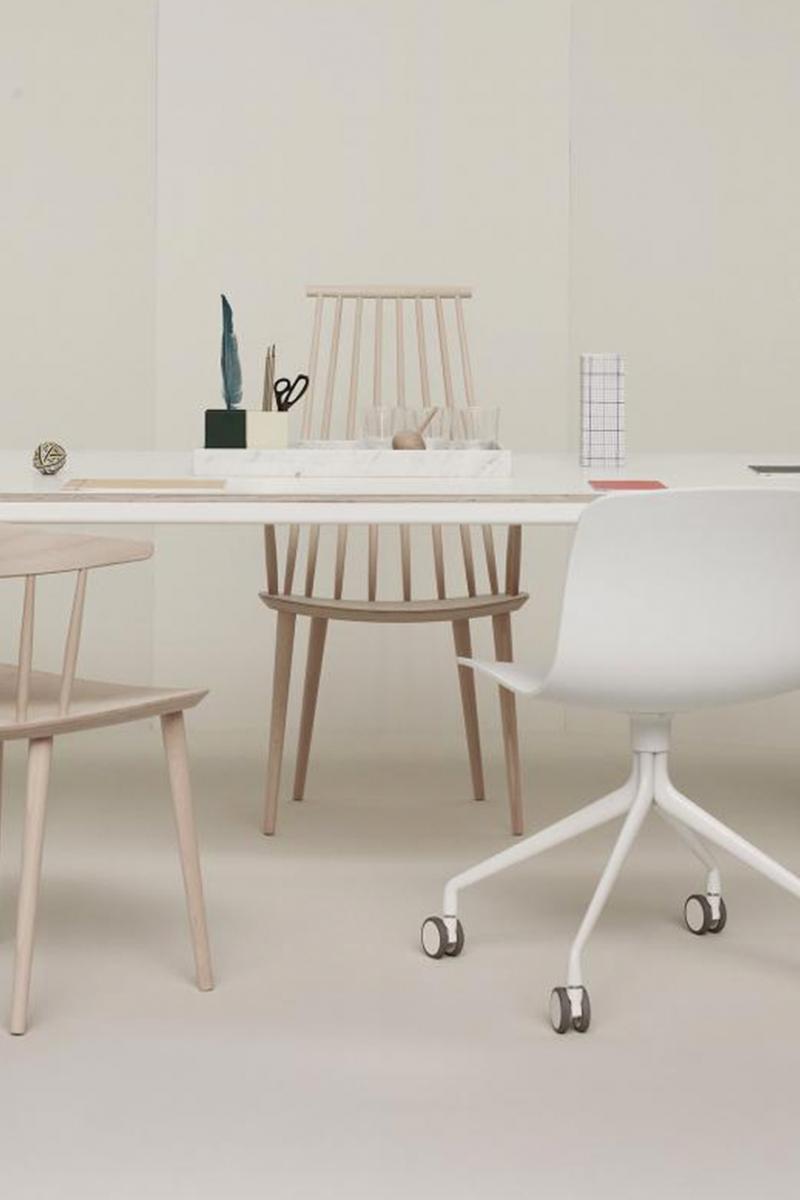